Realme Watch S is making its global debut on November 2 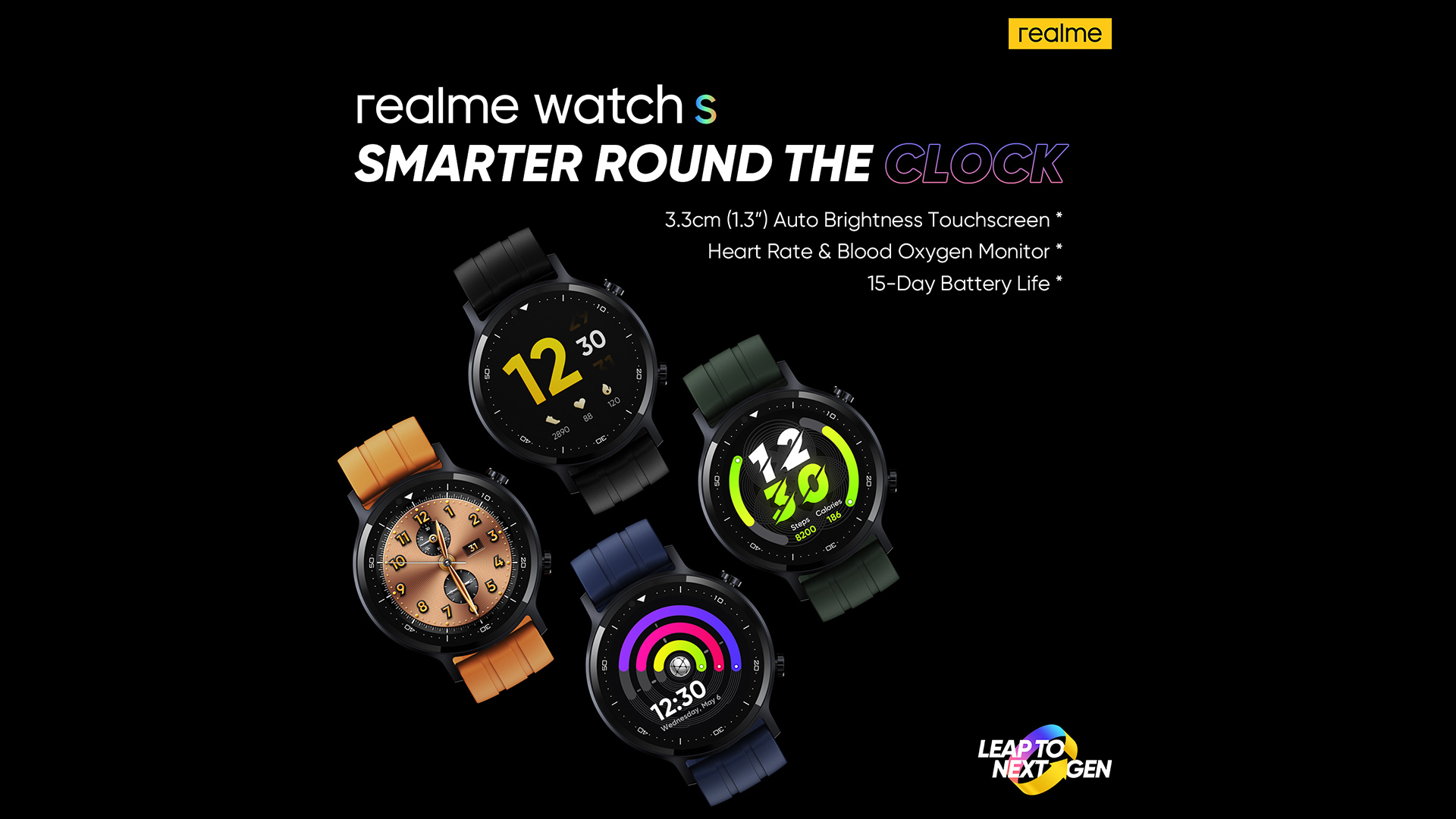 Previous leaks suggested that the Realme Watch S was certified on FCC much like its Pro variant. And now the global release date of the smartwatch has been revealed by the company itself.

In a new tweet from the official handle, the company announced that the Realme Watch S is arriving on November 2. The tweet also mentions some of the specs that the smartwatch is set to come with.

The tweet happens to mention that the Realme Watch S will come with 16 Sports mode, a 1.3-inch auto-brightness adjustment display and multiple health monitors. The image attached also mentions that it will apparently feature a 15-day battery life along with a heart rate and blood oxygen monitor.

Previous leaks of the FCC certification states that the Realme Watch S has a model designation RMA207. According to the listing it apparently features a 390 mAh battery and has an IP68 rating. It confirms that it will also feature the heart rate and SpO2 sensors. These will be present on the back along with the charging connectors.

Your world now on your wrist with #realmeWatchS. Get Fit with 16 Sports mode, 1.3″ auto-brightness adjustment display and multiple health monitors. #LeaptoNextGen on 2nd November by watching the Live event on FB and YT. #realme #DareToLeap pic.twitter.com/Ij6vCatDhUOctober 23, 2020

The schematic of the Realme Watch S is out and the arrangement seems a little different compared to the Pro edition. The Watch S will come with two buttons on the right side of the watch. And besides the FCC, the Realme Watch S has also been certified by Malaysia’s SIRIM and Russia’s EEC.

Compared to the Realme Watch S the Pro version will feature a battery rated at 450mAh. It will also feature a 1.39-inch display with a resolution of 454 x 454. Other features include step tracking, distance, calories, sleep monitoring, exercises, etc. We also expect features such as music control, answering calls, camera shutter control and Find my phone to be available. Images of the watch face also suggest that it will run on Wear OS.

Facebook Sued by Trump Administration for Favouring Immigrants Over US Workers

Samsung One UI 3.0 is coming alongside Android 11 update for recent phones